Met52 Granular is used for the control of black vine weevil in ornamental plant production, and a wide range of soft fruits grown under protection and outdoors. 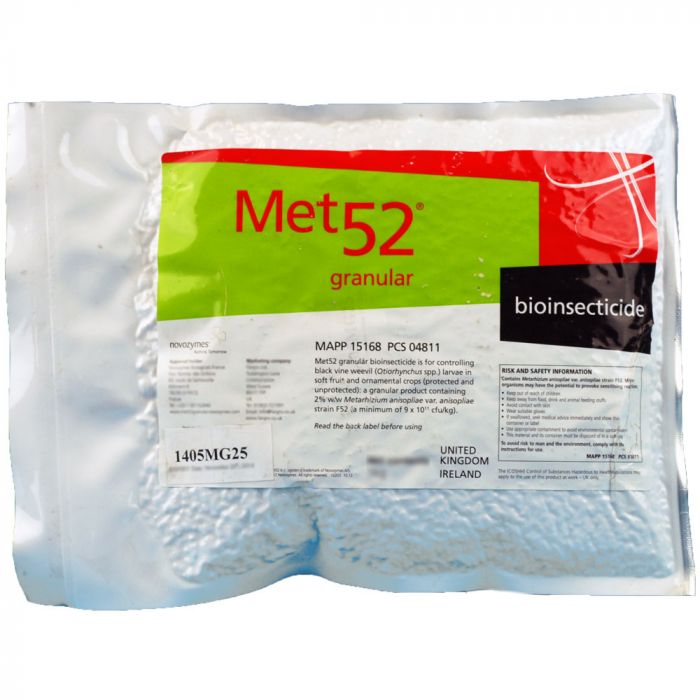 Met 52 is a granular soil applied contact bioinsecticide that provides annual plant protection, from vine weevil and is effective against all larval stages of Black Vine Weevil when appled shortly before eggs are layed.  Met 52 contains a specific strain of a natural insect pathogenic fungus.

It is highly versatile used at all crop growth stages.

Crops Met52 granule can be used on:

How to use Met52 granules

For incorporation into soil or growing media

For application to a field grown crop