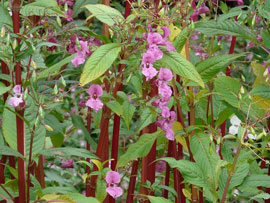 Himalayan Balsam (Impatiens Glandulifera) is native to the Western Himalayas and since its introduction in 1839 it has spread throughout the British Isles. The Impatiens family is widely known by the cultivated species Bizzie Lizzie, Himalayan Balsam is also colloquially known as Indian Balsam or Policemans Helmet.

It is the tallest annual plant found in the British Isles, growing to more than 2-3 m in height. Each plant can produce 800 seeds which are released explosively from the seed pods, reaching distances of up to 7m. The seeds are also transported by water and can remain viable for up to 2 years. In some areas of the Northern Hemisphere Himalayan Balsam has been declared an invasive species. It has rapidly colonised river banks, excluding native species by competition and forcing some areas of the UK to introduce eradication policies.

Himalayan Balsam is seen Spring to Autumn and is best treated in early Summer.

Stems of Himalayan Balsam are pinky red, hollow, sappy, brittle and jointed. Branches arise from the stem joints. Leaves are lanceolate with serrated edges, stalked, shiny, dark green with a reddish midrib. Leaves can be 150mm long and are opposite or in whorls of three.

Flowers of Himalayan Balsam are purplish pink to pale pink, they can be white although this is rare. They are shaped like a policeman’s helmet and carried on long stalks in June – October.

Seeds 4 -7 mm turning from white to dark brown or black and carried up to 16 per pod.

What is the best way to control Himalayan Balsam?

Himalayan Balsam is an annual weed so control methods hinge on the prevention of seeding. Cutting to ground level before the end of June with a scythe or machete will prevent seed shed. Timing is important however, cutting too early can result in regrowth of flower heads with an even greater number of seeds.

Spraying with Roundup ProActive, a glyphosate based product, will give excellent control. The formulation is safe to use near water but, as with all aquatic approved products, needs Environment Agency approval prior to application. Spot spraying needs to be performed with care to minimise collateral damage to surrounding vegetation, using a weed-wiper will ensure this risk is minimised. Himalayan Balsam seeds are very persistent and remain viable for a long period of time, due to this sites should be monitored annually to take account of newly emerged seedlings.

Most knapsack sprayers are supplied with a set of 4 deflector nozzles giving different swath widths but all delivering 200l/ha of water at 1 bar pressure and a walking speed of 1 metre per second.

For the treatment of Himalayan Balsam in amenity grassland there is anecdotal evidence that Icade provides good results, however, there are a series of specific restrictions which must be observed. Please refer to the label for further advice. Icade may be applied as a broadcast treatment or used as a spot treatment through a knapsack. 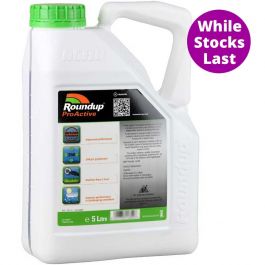 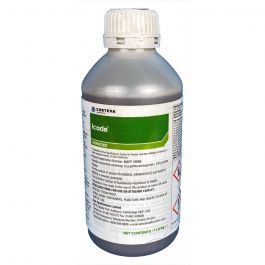 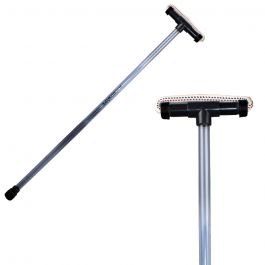 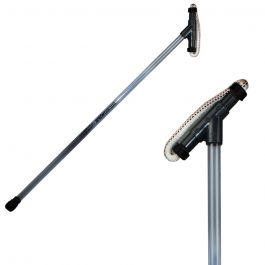