How to control Horsetail / Mare's Tail 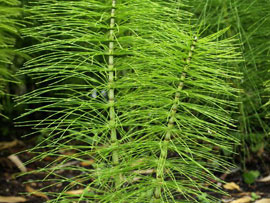 Horsetail can be a problem for landscapers, gardeners, amenity managers, paddock owners and more. Once it has taken hold it is difficult to remove and will spread widely.

Horsetail is an easily recognised upright weed with fir tree like fronds which appears throughout the summer. It can reach to between 20 – 60cm and can spread through its creeping rhizomes and spores.

Why is it called horsetail/mare’s tail?

The name "horsetail" is derived from the Latin Equisetum which translates as equus, meaning horse and seta which means bristle or hair. Its full name is Equisetum arvense (Field Horsetail). Horsetail can also be known as mare’s tail. NB: There is another variety of horsetail / mare’s-tail called Hippuris vulgaris and it is an aquatic weed. This species is very different to 'land-based' horse tail because it is tall, straight with no side branches and can be found in ponds or slow-flowing streams. Suggestions below all refer to field horsetail - NOT the aquatic version.

How can I recognise horsetail?

Equisetum arvense (horsetail / marestail) is easy to recognise. In early spring the plant produces tall light brown stems, that look a little like asparagus around 15 – 20 cm in height (6 – 8 inches), it has a cone-like tip which produces spores.In summer the plant matures, and ends up looking like a small fir / Christmas tree like plant, which can grow up to 60 cm (2ft) tall. Please see the images below: 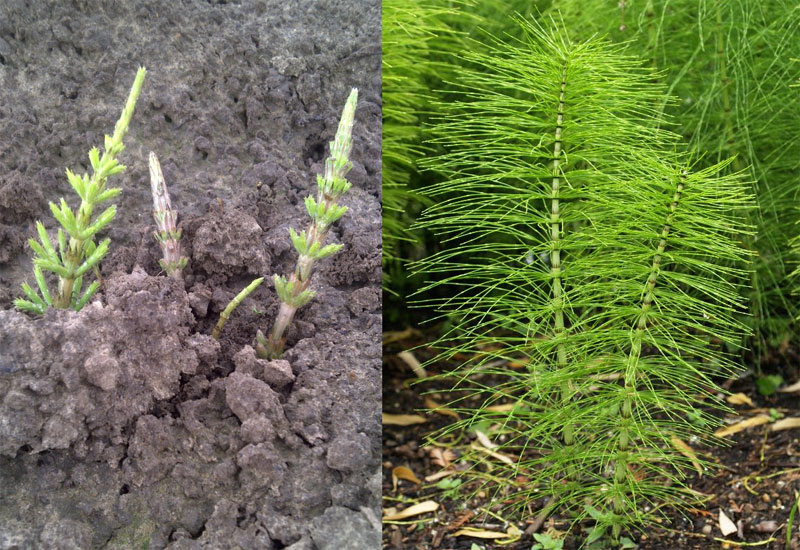 Where does horse tail grow?

Horsetail is found in many areas – commonly on allotments and in beds, borders, lawns, paths and patios. The ‘bottle brush’ will generally grow on all soil types but tends to prefer damp moist conditions

Horsetail is a poisonous weed if consumed raw due to the heavy content of silica. Grazing animals will usually avoid mare’s tail but it can become more palatable as it dies.

How does Marestail establish itself / spread?

Marestail can spread in many ways. Infestation can be via spores, but generally it spreads via the extensive rhizome (root system) from neighbouring gardens, stem fragments in composts and manures. In new gardens it is often brought in via replacement topsoil too.

How do I control mare’s tail in a lawn?

Although mowing your lawn containing mare’s tail will keep the plant down and stop it from gaining height at that moment, it will not kill the plant due to its extensive root system. In order to kill the mare’s tail plant in the lawn you would need to use a selective weed killer (such as SBK Brushwood) so that it only kills the mare’s tail and not the grass surrounding it.

Generally seen in mid to late spring and summer, ideally treat in summer when the weed is actively growing. See the chemical control methods above for ideal timings.

How to kill horsetail / mare’s tail

Cutting is generally ineffective in killing horse tail and digging can often make the problem worse as each broken root fragment can develop into a new plant. Use of herbicides such as the total weed killer Kurtail Evo or the selective SBK Brushwood are more effective if used correctly. We detail the best chemical control method for killing horsetail / marestail in our blog here.

Kurtail Evo & KPlus is the specialist weed killer bundle introduced by ProGreen - the number one name in mare’s tail control. Kurtail Evo will show symptoms of weed control on the mare’s tail or horsetail as well as other broad leaved weeds and grasses in about 10-14 days. You may need successive applications to control newly emerged weeds that grow from untreated roots. Weed control results can be made even more consistent by adding KPlus to the spray tank Try to target the weed when it is 6-8" tall (15-20cm) rather than when it first emerges. This will ensure more herbicide moves down to the roots. Sprayed horsetail usually takes 1-2 weeks for the weed to show symptoms, but it will take longer to rot down and disappear, so be patient. Full control and translocation of the product down to the roots can take 4-5 weeks. Once it is black and dead it may be raked/ or cleared away. If you are looking to kill mare’s tail in paddocks, once it is completely decayed and unpalatable it is safe to introduce gazing stock back. Please note that all grass species will also be killed by Kurtail Evo You can currently only use a boom sprayer to apply Kurtail Evo. There are three pack sizes available to suit all the requirements of all users. ProGreen supplies Kurtail Evo in 0.5 L, 1 L and 5 L pack sizes. There is no chemical effect on the soil and no residual effect from the treatment.

As with all weed killers, we recommend wearing full PPE while applying this product. To view our full range, click here.

In a hard water area?

ProGreen has a great alternative to Kurtail Evo which has a few unique features. When combined with the water conditioner KPlus, SBK Brushwood Killer becomes an extremely effective option against this troublesome target weed. KPlus maximises the effect of the herbicide by preventing herbicide ions locking up onto the free calcium ions in water. Try to time the application, when most of the weeds are at least 6-8" tall (15-20cm) and not as they first emerge. Sprayed horsetail usually takes 7-14 days for the weed to show symptoms of control, but it will take longer to rot down and disappear, so be patient. Successive applications are usually necessary to control further emergence of root fragments. Full control and translocation of the product down to the roots can take 4-5 weeks. Once it is completely dead it may be raked or cleared away. However, what sets this product apart are three useful benefits which cannot be matched by alternative options.

As with all weed killers, we recommend wearing full PPE while applying this product. To view our full range, click here

Repeated cutting is generally ineffective on its own in killing horse tail as it has a spreading and and root system. Cultural control methods like digging can often make the problem worse because each broken root fragment can develop into a new plant by itself - multiplying the problem. The horsetail weed can also spread through is many spores.  For more detail on natural control methods of mare's tail explore our blog here.

What do I do with horsetail/ mare’s tail when it has been killed?

Once the mare’s tail has been killed, it can either be raked or cleared away. You should not put any remains of mare’s tail in a compost bin. The best way to completely get rid of the dead plant is to burn it.

How often do I need to treat horsetail/ mare’s tail?

Horsetail is a very persistent plant. As a result of this it may take several applications potentially over a number of years to completely eradicate the problem. 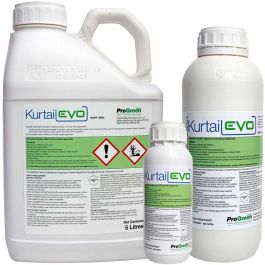 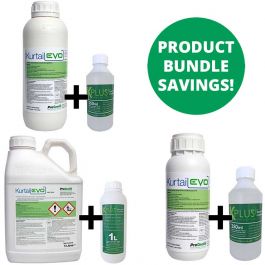