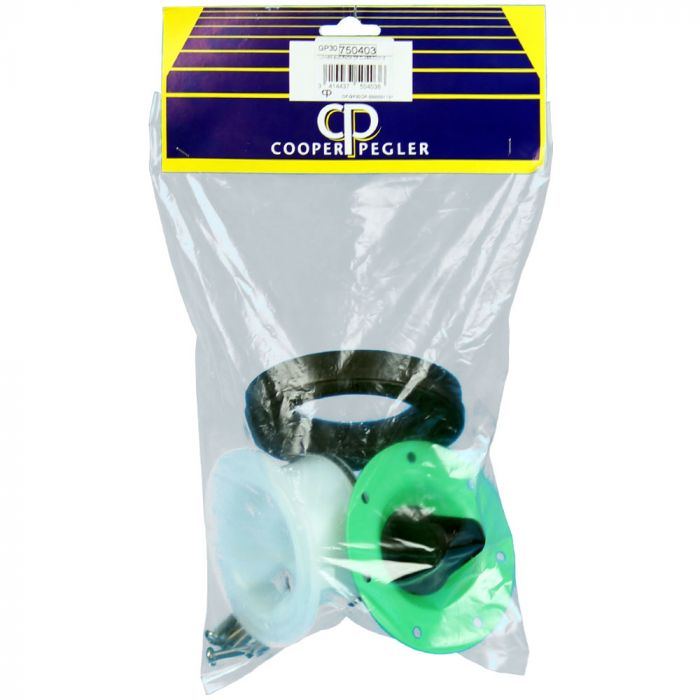 The Cooper Pegler Lower End Pack (part no. 750403) comprises the main parts to replace and repair the diaphragm or lower end of a Classic or Evolution series knapsack.

The CP range, including the Classic & Evolution Series' in particular are very easy to maintain. Even major parts are easy to replace and not too fiddly.

This pack is suitable where a knapsack has been damaged, punctured, is losing pressure gradually, leaking fluid and commonly when it has not been used for some time and the diaphragm becomes brittle. Knapsacks may be affected when left for long periods in extremes of temperature - cold and direct sun.