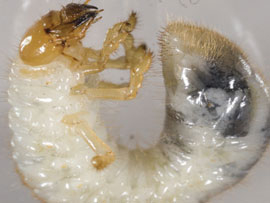 A chafer grub infestation can quickly transform a prestige lawn or an area of prized turf into a ploughed field.

Have you got a chafer beetle problem?

The grubs live in the soil, emerging from eggs in July to feed on the roots of grass during late Summer/Autumn. They then reappear in Spring to continue feeding until emerging as fully grown chafer beetles or chafer bugs in mid May - June. Further damage to lawns is caused by crows, foxes and badgers who tear up the grass to look for these grubs during the months when the grubs are active.

What are chafer grubs?

Chafer Grubs: These are young maggot-like larvae before they hatch into chafer beetles. Chafer beetles are commonly one of two types: the Garden Chafer and Cockchafer. The Garden Chafer has an annual lifecycle whereas the Cockchafer is larger and more destructive because it lives in the soil for 3 years, eating roots, before it hatches. They live near the soil surface and will only burrow deeper once autumn temperatures start to drop.

The chafer grub larvae can cause a lot of damage to the lawn especially if there are large numbers of them. The grubs feed on the roots of the grass which results in damage being caused which can largely be seen during the autumn and spring when the grubs are reaching maturity. Patches of the lawn can become yellow from where the roots have been eaten. Alongside this further damage is caused is caused by crows, foxes and badgers who tear up the grass to look for these grubs during the months when the grubs are active.

How to get rid of chafer grubs

How to kill chafer grub larvae

Effective biological control can be achieved using Nematodes (microscopic worms) which go out and actively hunt down chafer grub larvae. These nematodes are carriers of bacteria which is harmful to the chafer grub larva. These natural non-pesticide alternatives are completely safe to humans and pets with no exclusion period after application.

Use Nemasys G to control the chafer larvae with convenient 100m2 or 500m2 packs sizes available.

Detailed information on how to deatil with Chafer Grubs can be found in this downloadable guide.

Simply mix the Nemasys G powder with water at the given specifications and apply the solution to your lawn.

When should I treat my lawn for chafer grubs?

You can apply Nemasys G anytime during the year, but you must ensure that the soil temperature is at least 12℃ or higher for the best results. 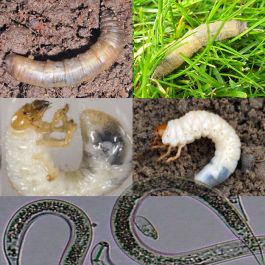 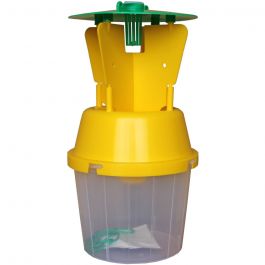 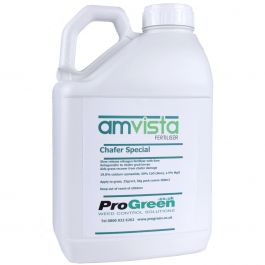